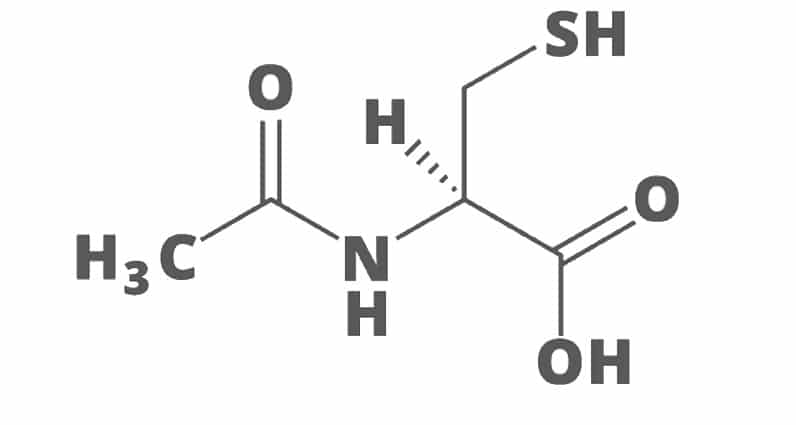 Benefits and Side effects

N-acetyl cysteine (NAC) is a supplement that helps supply the body with an essential antioxidant, Glutathione, to treat a wide array of health conditions. Predominantly, NAC is used to treat fertility issues, chronic respiratory problems, and brain issues and disorders. With the focus today being on the brain, here’s why NAC is the most effective solution to counter OCD, Depression and a series of other mental illnesses.

There’s an endless list of mental health issues that have had a positive response to NAC treatment. A few examples include;

Naturally, the human body sources for semi-essential amino acids like Cysteine from high protein foods. Foods such as turkey, sunflower seeds, legumes, cheese, yogurt, chicken, and eggs. N-acetyl cysteine (NAC) is a powerful supplement that works the same as Cysteine in the body.

Some of the main benefits of NAC include;

Glutathione is an important amino acid responsible for the production of antioxidants in the human body.  NAC is the main agent required to ensure the human body never runs out of Glutathione. In turn, your body is protected against developing free radicals which are to blame for cell damage in the brain and other parts of the body. In addition, glutathione produces antioxidants that help counter psychiatric issues.

NAC is responsible for monitoring glutamate levels in your system. Glutamate is the main neurotransmitter in the brain. Take for instance, if there was less glutathione and more glutamate in the body, it would most likely result in brain damage.

Brain damage leads to issues like depression, OCD, and Schizophrenia among many other mental illnesses. In this case, NAC aids in reducing the symptoms of such mental illnesses in order to help the person function normally. Studies conducted on animals indicate that NAC supplements can help minimize social withdrawal, and limited attention spans in people diagnosed with schizophrenia.

NAC supplement’s ability to generate adequate amounts of glutathione and to regulate glutamate levels is good for the brain. While NAC is important to counter symptoms in people with mental problems it is equally useful for maintaining optimum brain health in ordinary people.

The right balance in glutamate helps support learning, increase memory and promote proper behavior in people. This is particularly essential for people who may develop related memory, learning or behavioral issues owing to old age or head injuries. Glutathione, on the other hand, ensures the brain is able to access enough oxygen. This lowers the chance of you developing brain damage.

Recent studies indicate that NAC can help prolong memory and enhance cognitive ability in people who have been diagnosed with Parkinson’s disease or Alzheimer’s disease.

N-acetyl- Cysteine (NAC) when prescribed by a qualified doctor is safe. It should only be prescribed to adults as children tend to exhibit adverse effects. When taken in high doses, NAC can cause certain reactions and side effects. Some of these include;

NAC has a somewhat pungent smell that many may find displeasing. If by chance you inhale NAC, you may encounter tightness in the chest, swelling inside the mouth, drowsiness, and runny nose.

Doctors advise that people who are taking blood thinning drugs refrain from taking NAC. NAC has been known to slow the clotting of blood ultimately putting the person’s life at risk.

After undergoing intricate testing and consultation with an expert, NAC is a supplement that can play a huge role in your mental and general health. It is seen as a viable option and predicted to soon be the ultimate solution to treat almost all health problems in humans.

previousStudy: Delay aging with curcumin, magnesium and other natural anti-inflammatories

nextThe Effects of the Long-term Use of Cymbalta