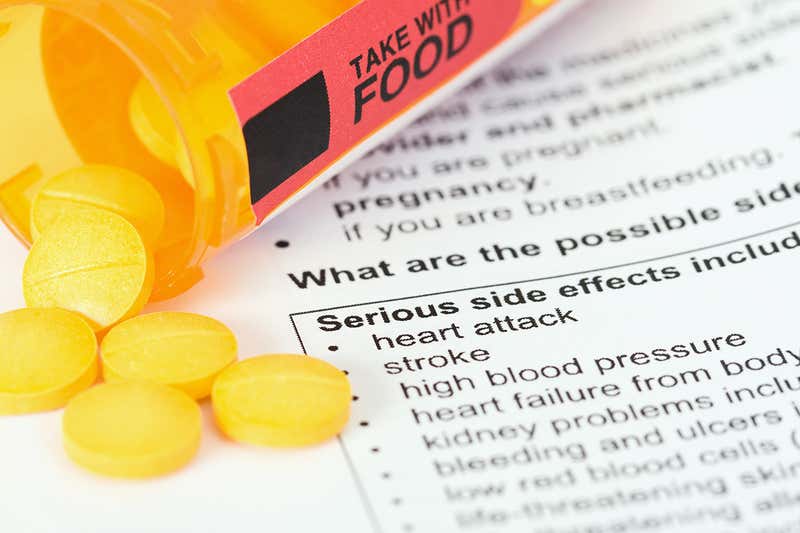 Over this time, prescription of these drugs has more than doubled, which in itself is a cause of concern. While they have worked to reduce depression symptoms, they have also been noted to have some adverse side effects. That is expected of any medication, but could it be that the side effects of these antidepressants outweigh their benefits?

The most common side effects of antidepressants include; mild insomnia, skin rashes, joint and muscle pain, headaches, stomach upset, nausea, and/or diarrhea. Some complain of disorientation while on the meds, and they will also be super sleepy a few hours after taking them. These side effects are quite mild and they disappear after a while. However, there are stronger ones that will not subside, especially among those who continue the medication for longer periods of time, and these are the ones that researchers are worried about.

In a recent article, Paul Andrews who is an evolutionary biologist at McMaster University noted that millions of people all over the world are prescribed these drugs, and they take them in the hope that they will be effective. However, “we need to be much more cautious about the widespread use of these drugs.”

Among adults, it has been established that some antidepressants diminish sexual interest, satisfaction,  desire, and performance. Men may suffer delayed or no ejaculation while women may fail to reach an orgasm.

There are other side effects that users of antidepressants may have to contend with: drug interaction. Because these drugs are metabolized in the liver by a group of enzymes called cytochrome P450 system just like other drugs, they may interact if taken at the same time. This risk is, however, eliminated or reduced when a patient discloses their medical information to their doctor.

The elderly have an even more difficult time with these drugs as their liver is not as effective as that of the younger. According to McMaster University, some of the risks antidepressants pose to older patients include abnormal bleeding, stroke, and premature death.

While effects such as weight gain have been documented and have been known for a long time, it is becoming clear now that some of the patients using these drugs report psychological side effects that go ignored or unnoticed. A study was done in New Zealand titled “Adverse Emotional and Interpersonal Effects Reported by 1829 New Zealanders While Taking Antidepressants” found that after being on antidepressants for 5 years, over half the subjects, aged between 18 and 25, reported suicidal thoughts. They also reported these side effects:

On the bright side, the majority noted a reduction in their depression and any symptom that came with it. Still, that raises the question: are antidepressants doing more harm than good?

In the study we mentioned from McMaster University, Andrews notes that the effects of antidepressants on depression are positive, but only as long as the person stays on the drugs. Once the drugs have been discontinued, one of the withdrawal effects is the same depressive feeling that they were treating all along. This then means that the patient would have to stay on medication for a long time, even forever. So, are antidepressants doing more harm than good?

nextThe possible link between autism and antidepressants use during pregnancy